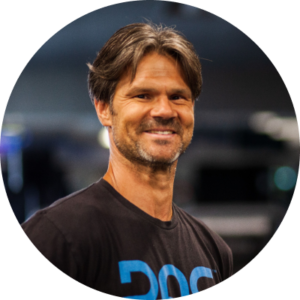 Generic Strength is the force production capacity of a muscle or muscle group. It can be measured by Newtons or weight. Generic strength has been the theme of training for decades, and its programming has revolved around adding weight or resistance to whatever muscles one is trying to target. If the load is heavy enough microtears form in the muscle tissue and the muscle grows larger as an adaptation to repeated bouts of exercise. When I came up with DAG Method, I had a new theory – Relative Strength. Relative Strength is the strength ratio between opposing muscles or muscle groups.

One of my favorite stories that best exemplifies General Strength vs Relative Strength happened a few years back while working with an NFL player struggling with shoulder pain. I was doing a DAG exercise for the muscles of the rotator cuff and lower traps (lower portion of the upper back). The exercise involves laying on my stomach, getting into the leveraged position of the body that is DAG Method, reaching over my head and pressing my palms together.

I was waiting for the player to come home from practice. He did and I began doing the exercise. I added 15 pounds wrapped around my hands to make it harder, and waited til he came into the room and saw me doing reps of the exercise. I stopped and told him it was his turn to do the same exercise I had just done.

He reached for the 15 pound weight, and I said, “Nah. Let’s see if you can do it with no weight first”. I got him into position, he put his arms over his head, pressed his palms together and tried to lift his arms. Nothing moved. In fact, the muscles the exercise is designed to work spasmed. He simply wasn’t strong enough to lift his own arms!

I looked shocked, but wasn’t. I said, “Man, X (Not his name). I could lift more than you! Am I stronger than you?”
He looked at me like it was a trick question and said, “Yes?”

I laughed, “No! You could pick me up over your head and throw me 10 yards! BUT, I can bench 200 pounds that way”, I pointed ahead of me forward, “And I can lift 15 pounds this way”, I pointed behind me in the opposite direction.
I continued, “You can lift 500 pounds that way”, pointing forwards, “and 0 pounds this way,” pointing backwards.
Then, I asked him, “Do you know what 200 divided by 15 is mathmatically?”
He said, “No”.
I said, “Neither do I”.
Then, I said, “Do you know what 500 divided by zero is?”
He said, “Zero.”
I said, “You have zero balance between the muscles that go forward in your body and backwards in your body and the result is that you can’t use all of your muscles, only the strong ones. This is why your shoulder is unstable. Your muscles have no balance”.

All of us have these imbalances. Read this story about how I realized that imbalances were causing me pain and problems and that they weren’t being solved with exercises that were supposed to solve them. This may seem complicated, but the body is only allowed to use a specific muscle based on the weakest muscle in the relationship between opposing muscle forces. Simply put, if your bicep is a lot stronger than the opposing tricep, then the tricep will tell the body not to let the bicep be used as forcefully as it is capable of being used. The body literally slows down the strong muscles in proportion to the weakest ones. This idea of weak muscles signaling the brain to limit strong muscles from producing all of the force they are capable of producing is called reciprocal inhibition. Doing exercises for muscles in which you already have too much strength relative to the opposite muscles will signal the brain to limit the force of the stronger muscle. In other words, if you can lift a ton of weight with one muscle, but not its opposite, your body will stop you from using your muscles as forcefully as you are capable. That’s strength you are leaving on the table! And EVERYONE is doing this whether a professional athlete or your grandma Jo.

I want clients to lift weights. I want clients to produce unbelievable amounts of force and accomplish incredibly difficult movements. But, I don’t want them to get imbalanced. Being able to use all of your muscles because they are balanced will make you stronger in the long run. It will keep you pain free. And, as you gain more and more general AND relative strength you will realize your body’s potential to perform and play in ways you could not have imagined. It is crazy for me to watch athletes training only some of their muscles generally while their body slowly becomes more inhibited relatively.

We think a long NBA career is a 40 year old. I can see a world where a basketball player will be able to play meaningful minutes in the NBA at 50. That player will simply know how to use all of his muscles, not just his basketball muscles. I personally am going to set the 100 meter dash record for people over 80. The record is 1 minute and 17 seconds. I’m faster now in my mid 40s than I was as a collegiate athlete in my early 20s. I have the secret that all people need – from athletes to the elderly. Learn to use all of your muscles and stop training yourself to only use some of them.

We’re changing people’s minds about what’s possible, join us and many others to keep on striving forward and breaking new grounds. 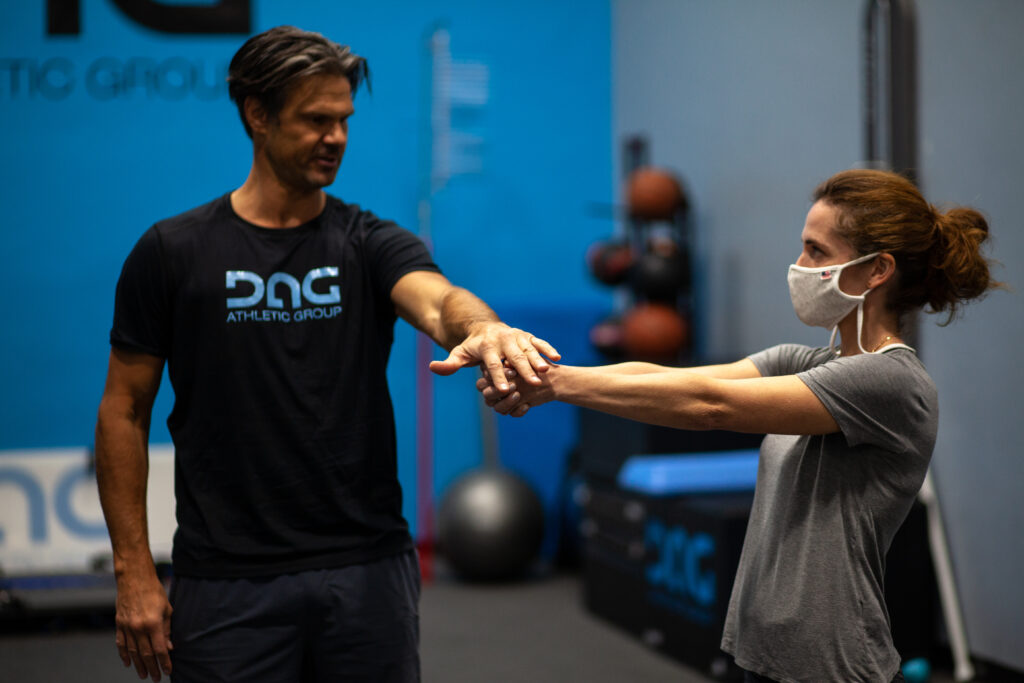 Every exercise and every movement you make provides a visual assessment and blueprint that helps us track pain to its source.

Please log in again. The login page will open in a new tab. After logging in you can close it and return to this page.